Amnesty International placed an endorsement on my book which I am delighted about.  Amnesty was formed fifty years ago in 1961 and for me one of its strengths is the way in which it involves ordinary people the world over in the campaign to end gross human rights abuses.

Amnesty International is a global movement of more than 3 million supporters, members and activists in more than 150 countries and territories who campaign to end grave abuses of human rights.

Our vision is for every person to enjoy all the rights enshrined in the Universal Declaration of Human Rights and other international human rights standards.

We are independent of any government, political ideology, economic interest or religion and are funded mainly by our membership and public donations. 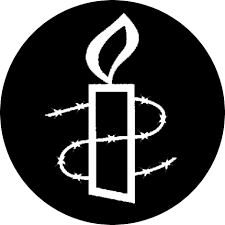