Yesterday I spent some time with two Fifth classes at St. John’s School here in Kilkenny. A treat it was. For the first hour I was with Orla Mackey’s class (she of the Wondrous Teaching Notes fame!) . They have finished the book and as part of my visit Orla had organised a Beat The Author Quiz. Essentially it was Me vs. the world – being tested on my own book!

Under normal circumstances you would be forgiven for thinking that this was a slam dunk – who would know their book better than the author? Well, I’ll you who – Ms. Mackey’s Fifth Class. I scarcely had time to even think about ringing my bell, let alone answering the very hard questions,  before someone in the class had the answer. We ended up in a draw but only because some very kind students took pity on me and joined my team.

The children had lots of questions and also read out for me some of their work – which ranged from eulogies for various characters (literally brought a tear to my eye) to an oral history of Ifwawa to poems, an alphabet, a last will and testament – endless things and every one of them wonderfully done.

As a finale Gary, who was the winner of the ‘Talk for as long as you can about Butterfly Heart’ competition (a pause of four seconds and you were out!) stood up and spoke about the book. Two minutes and fifty one seconds later he stopped. He was brilliant! I heard later that he he performed this for another teacher and FIFTEEN minutes later he was still talking. A remarkable feat, well done Gary! I also got to hear about Merrylegs, a wonderful little pony who belongs to Tony – Merrylegs is lucky to have such a knowledgeable and careful owner.

So, thank you Ms. Mackey’s Fifth Class – I loved the time I spent with you and am sure one day I will be back.

I will write about Mr. Roche’s class again when they have finished the book as I promised them I would come back into to talk to them. What surprised me though was that even though they are only half way through the book they had lots of very interesting and thoughtful questions for me – they really made me think. So I am looking forward to a return trip where I can take some photos of their  work and chat to them some more. 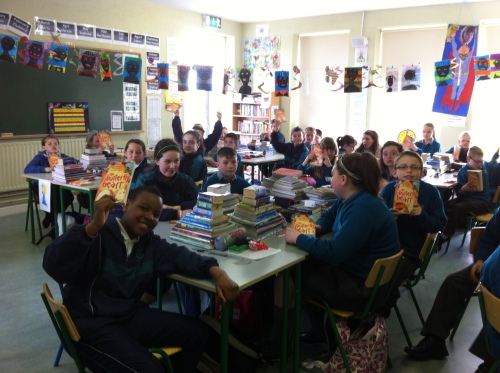 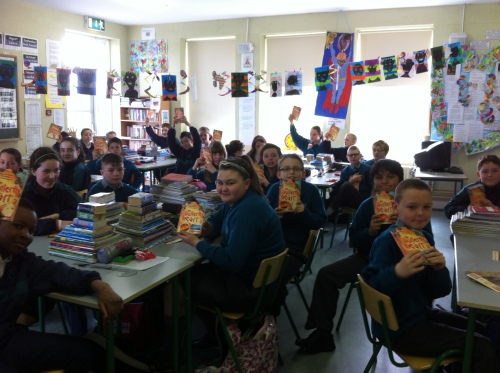 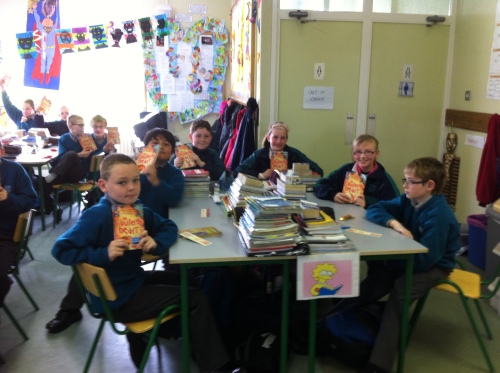 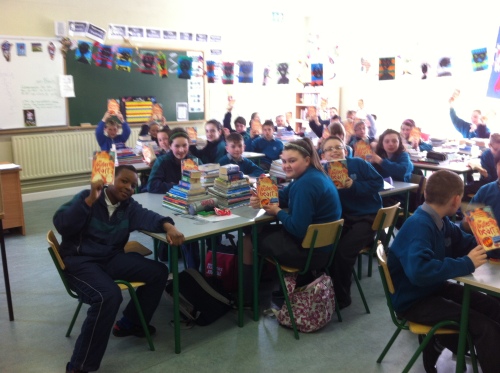 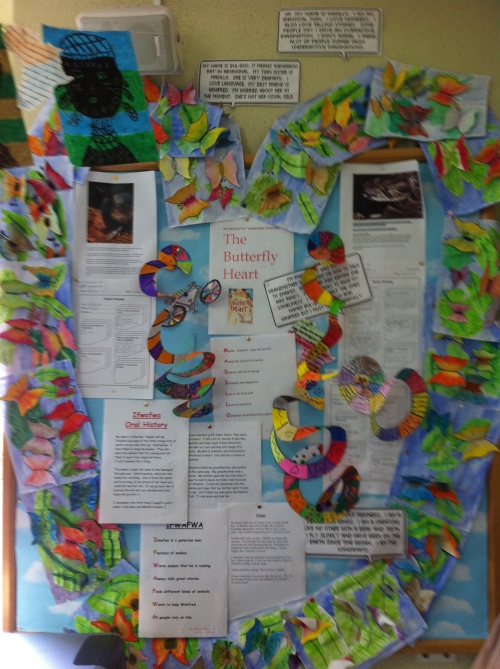 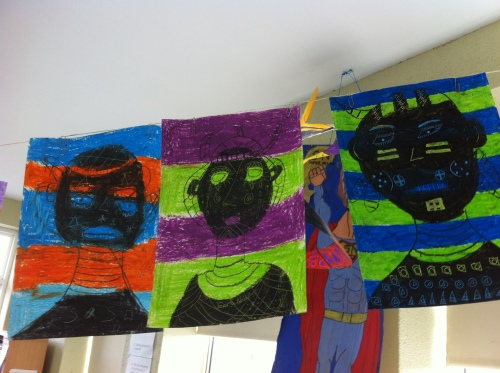 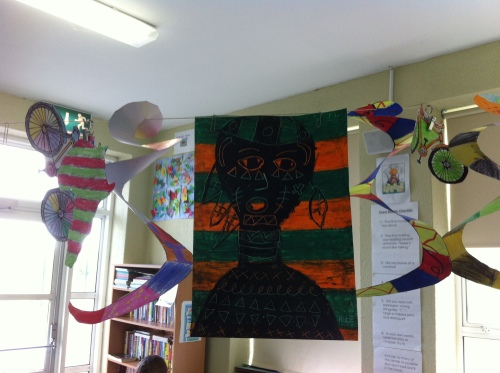 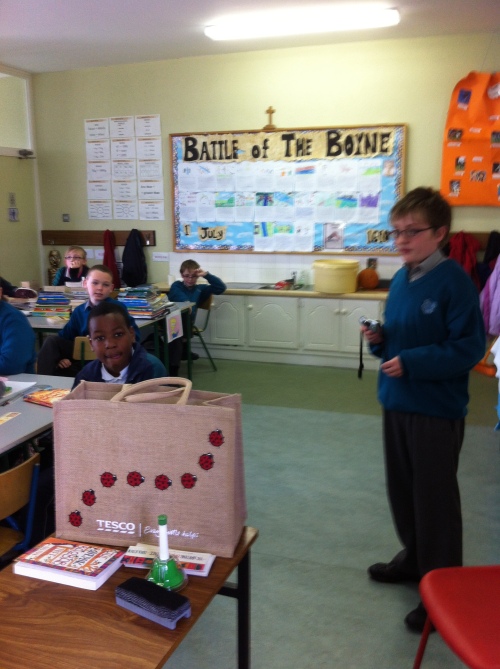 6 responses to “Beat the Author”